More and more individuals are turning to online auto auctions to find dependable vehicles for less money. Unfortunately, there is now a higher possibility that you may receive a lemon if you are not careful. Here, we are not going to talk about fancy auction sites but rather about auctions when the automobiles are the most commonplace of common autos: Ford Crown Victorias that have been on patrol for the county sheriff’s office for six years. Toyota Tercels with odometers that have exceeded 60,000 miles. We’re talking about the seized plain sedans, budget pickup trucks, and Pontiac Firebirds from the early 1990s.

As the economy remains stagnant and lending standards have tightened, interest in these auctions has exploded. Previously able to purchase new or reliable used automobiles with auto loans, buyers now discover they must shop with cash. However, because the American economy is based largely on the automobile and having a vehicle to drive to an interview makes it much simpler to land a job, many individuals turn to car auctions to meet their needs.

The autos at public auctions have become shadier as the competition has heated up. Most vehicles sold at a public auction are extremely damaged or poor-quality repossessions. In addition, unlike a government auction, you cannot test-drive a car before placing a bid.

Automobiles that don’t sell at wholesale dealer auctions are frequently offered at public auctions. Yes, some of them are flood vehicles, and you should still be thinking about Hurricane Irene. Some are automobiles that have been hurriedly restored at dealership shops to fill in during sluggish times when there isn’t much work to be done. And many of them are just garbage.

For instance, when an automobile crosses the block at a public auction, it is sometimes filled with heavy racing oil to ensure it isn’t spouting smoke. At a public auction, everything appears gleaming, but this doesn’t necessarily indicate how good the automobile is. Keeping that in mind, here we will talk about some useful tips you can use when participating in a used vehicle auction.

The unfamiliar may find auctions intimidating. They obviously aren’t for everyone because of the irrational bidding and the leap of faith required to purchase a car you may not have physically seen. However, consumers seeking a unique item or a fantastic value could find a lot to appreciate at these events.

Used-car sellers frequently buy and sell automobiles at wholesale auctions, but the general public is not allowed to attend those events. Regular automobile purchasers have fewer choices, which might be further limited depending on what you want to buy. How to purchase a car through an offline or online auction is shown below.

Online auctions held by auction houses frequently have a circus-like atmosphere and feel like a spectacle. Although these events don’t arrive in town on a train filled with giraffes and elephants, their dazzling signs, bright lighting, and well-kept presentation all contribute to the enthusiasm that stimulates extravagant spending.

These auctions cater to automotive fanatics, and for those with a large budget, they may be thrilling. Even those who choose not to register to bid might enjoy themselves much by looking at the automobiles. As a prospective buyer, you will have the chance to examine the car closely and perhaps even hear it operate if you attend the auction. Although you usually won’t get to drive it, the vendor could be there to answer your questions.

A collector-car auction is sure to provide some excellent automobiles but not many deals. Look for government or fleet vehicle auctions or estate sales, where you could discover more affordable, more common automobiles mingled among furniture and jewelry. The bidding process at these kinds of auctions is substantially the same as at collector-car shows but frequently with less ceremony and fanfare.

Do Your Own Research

You may have the opportunity to review the listings before certain auctions start. You may then focus on the automobiles you prefer after seeing what is available. The vehicle identifying number, or VIN, for each automobile, may be included in these entries. A car history record may be found using the VIN on websites like CARFAX or AutoCheck.

These reports may contain crucial details about the vehicle, such as past owners, significant accidents or damage, maintenance records, odometer readings, and manufacturer recalls. Additionally, be sure to check the vehicle’s current market worth utilizing internet resources like Kelley Blue Book, Edmunds, or NADAguides to find out more about the vehicles.

You will require cash or an authorized loan if your bid is successful. When your offer is successful, be ready to submit a deposit if you intend to pay using a loan you have previously obtained from your bank. Discover beforehand which credit cards are suitable for this use. Taxes, title, and registration costs will also be required. You’ll probably be required to have collision and/or comprehensive insurance by the lending institution if you’re financing the purchase of your vehicle. So, before making a purchase, it’s generally a good idea to speak with an independent agent who can assist you in getting auto insurance estimates. Independent agents can compare prices for you without cost as they operate with various insurers.

You are given a day to visit the lot and view the vehicle you want to bid on once you have registered for the auction. You can do everything but take a test drive, so you need to be especially informed to determine the value of a car just by looking at it. You are welcome to bring a qualified individual to the car inspection if you prefer. Additionally, you can request one from the auction house.

What to Expect at a Used Car Auction?

Going to dealerships is a waste of time if you’ve ever tried to purchase a secondhand automobile. Dealers strive to sell you automobiles for exorbitant prices, and because of their slick sales tactics, the majority of us are forced to buy them.

On the other hand, people wishing to buy an old or antique automobile will find auctions to be ideal. There is no compulsion of any sort during an auction. You may place a bid on any car that falls within your price range. The bids are not so exorbitant if you are successful and get your ideal automobile. The fact that auctions are unexpected is their only drawback.

The good news is that you can easily locate public vehicle dealer auctions throughout the United States. So, even if you don’t have a dealer’s license, almost anyone may purchase automobiles at auction prices. Take a look at our car auction guide to learn how to purchase the car you want at auction, exactly like a dealer, if you’re interested in purchasing automobiles at wholesale costs.

Tips To Bid Better at a Car Auction 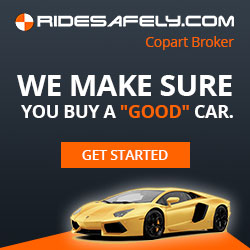